In 2014, For the Love of Jazz joined forces with CAAW to bring to Reno four incredibly talented jazz musicians to help celebrate the tradition of women in jazz music.

The artistic lineup was Mimi Fox on guitar, Cindy Browne on bass, Susan Pascal on vibes, and Jason Lewis on drums.

Internationally renowned guitarist/composer/recording artist Mimi Fox has been named a winner in 6 consecutive Downbeat Magazine international critic's polls and has been recognized by writers and colleagues alike as one of the most eloquent jazz guitarists on today's scene. In one of many feature stories, Guitar Player Magazine hailed Mimi as "a prodigious talent who has not only mastered the traditional forms but has managed to reinvigorate them."

Mimi has released 10 recordings as a leader including her most recent release, Standards, Old & New. The new CD has received universal praise: "Consummate mastery, each piece is a gem"...Grammy nominated writer Jim Ferguson. "Mimi has mastered the art"...Jazz Guitar Society of Western Australia. "Beyond her passion and virtuosity, Fox plays with a profundity that only comes from a lifetime of devotion to ones art"...Guitar Player Magazine.

Mimi released 3 recordings on Steve Vai's Favored Nations label including the 2010 DVD, Live at the Palladium. This recording features Mimi in front of a sold out audience and has all the magic and excitement of a live performance. Pop Culture Classics said: "Fox demonstrates her vibrant virtuosity in this concert and turns each selection into a distinctive gem". Just Jazz Guitar said: "This is simply jazz guitar playing at it's best. Her Ideas are creative, heartfelt, and sophisticated".

2006's double CD, Perpetually Hip, received rave reviews from scores of publications including the San Francisco Chronicle, which called this project Fox's "Masterwork" and said: "The two discs stand as a definitive Fox statement. The first showcases her simmering interplay with a quartet featuring drum maestro Billy Hart, while the second captures her breathtaking solo style in an approach that is as harmonically resourceful as it is lyrically inventive."

Fox had already established her credentials as a worthy successor to Joe Pass with the astonishing 2001 Origin Records solo album, Standards. In a glowing Cadence Magazine review, Jim Josselyn said: "to say Mimi Fox's touch, sound, sensitivity and understanding of the guitar as a solo vehicle of expression is masterful would be an understatement. This is simply some of the best guitar music I have heard."

Fox introduced herself to the international jazz scene in the 1990s with a pair of CDs on Monarch Records including Kicks, a high energy project pairing her with collaborators such as Joey DeFrancesco and Yellowjackets Russell Ferrante and Will Kenney. Allaboutjazz.com awarded the album a superlative four star rating: "This is a strongly melodic collection and one that swings out stylishly. Mimi Fox is a major talent."

Mimi maintains a whirlwind touring schedule, playing major festivals from New York to Tokyo, including tours of the Caribbean, Japan, Thailand, Australia, New Zealand and Europe. International festivals include the Montreal, Guinness Cork, Perth International, and Monterey Jazz Festivals. Stateside, she has headlined at elite venues such as The Blue Note, Merkin Concert Hall, and the Village Gate in New York City, The Regattabar and Scullers in Boston, The Kennedy Center and Blues Alley in Washington D.C., the Triple Door and Jazz Alley in Seattle, and Yoshi's and the Great American Music Hall in San Francisco.

As a composer, Mimi has written and performed original scores for orchestras, documentary films and dance projects while receiving grants from prestigious funders such as Meet the Composer and the California Arts Council. Mimi has received repeated grants from the William James Association/California Arts Council to give concerts and workshops in California prisons as part of the highly successful Arts In Correction program. She has also appeared on numerous television shows such as "BET on Jazz" and has been a guest on many radio shows, including Marian McPartland's NPR program, "Piano Jazz." As a devoted educator and clinician, Mimi has taught master classes worldwide while serving as head of the guitar program at the Jazz School in Berkeley and Adjunct Professor at New York University. In 2005, Mimi received an award from the International Association Of Jazz Educators for outstanding service to jazz education. She has published several popular instructional books and interactive CD-Roms for Mel Bay Publications and True Fire.

Born in New York City, Fox started playing drums at nine and guitar when she was ten. She was inspired by the wide variety of music enjoyed by her family - show tunes, classical, Dixieland, Motown - and her own youthful inclination towards pop, folk, and R&B. When she was fourteen, she bought her first jazz album. That album, John Coltrane's classic Giant Steps, changed the course of her musical life. She began touring right out of high school and eventually settled in the San Francisco Bay area where she became a sought after player.

Whether delivering jaw-dropping solo sets, performing dazzling duets with sympathetic partners, or leading a hard-charging combo, Mimi is a consummate improviser who seizes the imagination of her listeners with her passion, soul, and unerring ear for beauty.

Mimi was a revelation to me the first time I heard her play. It wasn't just that her technique is amazing, it's that she sounded very original to me. I was just knocked out. -- NEA Master, guitarist Jim Hall

While Fox makes her first impression with her technical skills, it's her emotional depth as a player that leaves an enduring mark. -- Andrew Gilbert, Downbeat Magazine

Fox distinguishes herself as a remarkably accomplished straight ahead player with flawless time, pristine execution, serious chops, a keen ear for reharmonization and an inner urge to burn. -- Jazz Times

Guitarist Extraordinaire Mimi Fox presented a stunning set of music that kept the audience riveted from the opening blues excursion to her immaculately delivered solo. Fox's firm control, clarity of concept, and emotional depth made this the most memorable moment of the festival. -- All About Jazz in a review of Mimi's performance at the Kennedy Center. 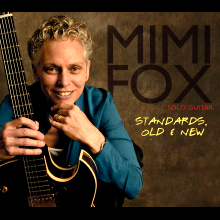 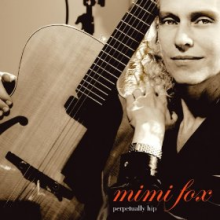 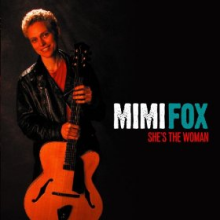