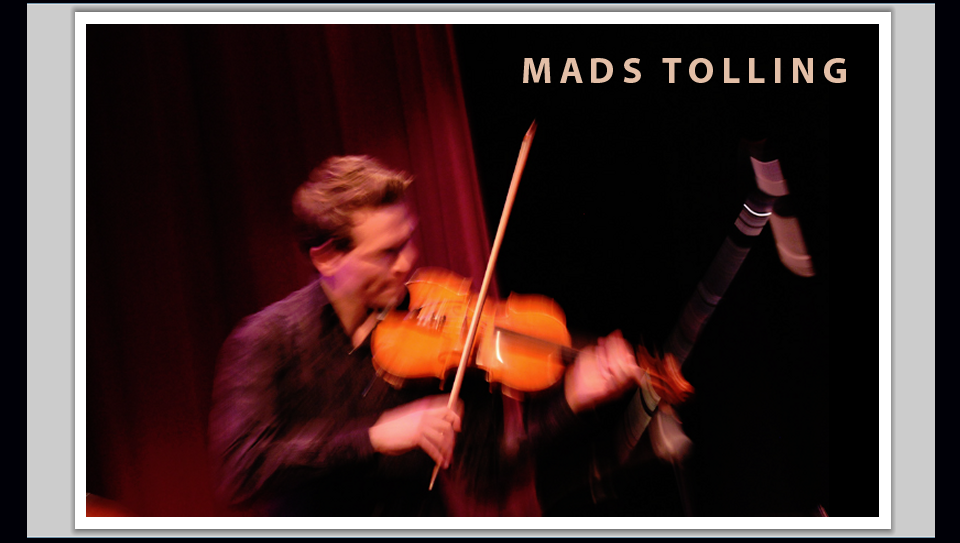 Mads Tolling, internationally renowned violinist, violist, and composer, is a member of the two-time Grammy Award-Winning Turtle Island Quartet. As a soloist, he regularly tours as jazz violinist with the acclaimed bassist Stanley Clarke and his touring band. Since 2007 Mads has lead his own group, Mads Tolling Quartet. His latest recording, “The Playmaker” released in the fall of 2009, features bass legend Stanley Clarke and jazz greats Russell Ferrante & Stefon Harris. Mads has been featured on NPR’s Morning Edition, and his recordings have received rave reviews in Downbeat Magazine, Strings Magazine, Washington Post & San Francisco Chronicle. He has performed with Chick Corea, Ramsey Lewis, Kenny Barron & Paquito D’Rivera.

As violist with Turtle Island Quartet, 2003-2007 and now as violinist, 2007-present, Mads maintains an active touring and recording schedule as well as composing and giving master classes. In ‘06 and ‘08 as part of Turtle Island Quartet Mads won two Grammy Awards for Best Classical Crossover album with the recordings “4+Four” and “A Love Supreme – The Legacy of John Coltrane.” Tolling has received Denmark’s Sankt Annae’s Award for Musical Excellence as well as grants from Queen Margaret, the Sonning Foundation and the Berklee Elvin Jones Award.

In 2007 Mads Tolling started his own trio and immediately recorded the album “Speed of Light.” The following year the trio expanded to a quartet. In it are some of the top Bay Area musicians, including Mike Abraham on guitar, George Ban-Weiss on bass and Eric Garland on drums.

Besides his activities as a performer, Mads Tolling is an accomplished composer. “The Playmaker” release mainly features Mads’ original compositions in addition to well known pieces such as Led Zeppelin’s “Black Dog” and P. W Ellis’ “The Chicken.” Of his three prior recordings of original material, one features the legendary pianist JoAnne Brackeen. Mads has recorded with vibraphonist Dave Samuels and appears on RMB singer Teena Marie’s recording “La Dona” and on jazz vocalist Ann Hampton Callaway’s “At Last”. He has additionally contributed numerous arrangements and compositions to Turtle Island Quartet’s repertoire.

Mads has been a thriving force in the educational aspects of jazz and improvisation. He has been active as a Yamaha clinician and has been involved in workshops, coachings and master classes throughout Canada and the U.S. Recently Mads has been involved with pro bono work for the “Music Rocks” foundation in San Leandro bringing his musical & educational skills to high schools where the music budget has been cut dramatically in recent years.

In his spare time Mads enjoys golfing, tennis and hiking. In 1999, together with his father, he climbed Mt. Kilimanjaro in Tanzania.

“A wonderful new voice on the violin --- very refreshing!”

“Mads Tolling is the most exciting musician I have come across in the past ten years. This recording represents some of the most creative music making out there.”

“Mr. Tolling is a virtuoso who doesn’t abandon his listeners. “Speed Of Light”, with sophistication and maturity doesn’t abandon accessibility. This is fascinating, hooky and satisfying music and Mads takes it beyond the academy and back to the ear.”

“…Mads Tolling may not be 30 yet, but on “The Playmaker” he exhibits a restraint that would’ve been at home in Corea’s original Return to Forever”

“Virtuosity may be a given on “The Playmaker,” but what’s most impressive is the sound of Tolling’s quartet, which drives the majority of the record and, based on the results, must be thrilling live.”

Mads Tolling and his band performed at UNR's Nightingale Concert Hall on October 5, 2013. The concert was supported by For The Love Of Jazz and The Reno Philharmonic Association. Highlights of the concert included tunes by Duke Ellington, Chick Corea, Led Zeppelin, Thelo9nius Monk, James Brown, Jaco Pastorius and Mads Tolling. 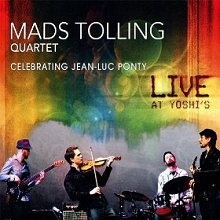 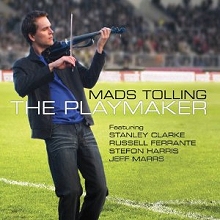 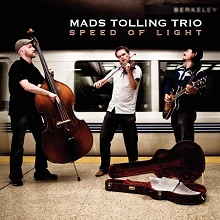