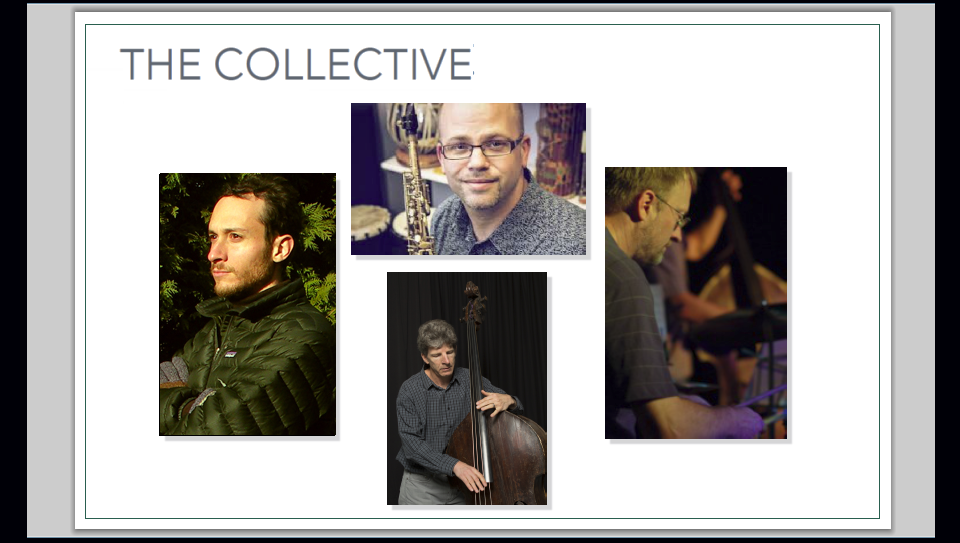 Current Song:
Next Song:
Update Required To play the media you will need to either update your browser to a recent version or update your Flash plugin.
Biography Source

The following is from The Collective's UNR Web site.
Visit the official Web site here.

The Collective, one of the most creative and distinctive jazz ensembles in the northwestern United States, features pianist Adam Benjamin, bassist Hans Halt, drummer Andrew Heglund, and saxophonist Peter Epstein.

In addition to maintaining a busy performance schedule, the group's members are dedicated instructors, and form the core of the Jazz Studies area at the University of Nevada, Reno. The Collective is also available for clinics and festivals. Each of the group's musicians is eager to share his knowledge of improvisation, composition, history, and other aspects of the jazz craft.

Adam Benjamin is a Grammy-nominated and critically acclaimed pianist, keyboardist, composer and writer based in New Orleans. Recognized as a “Rising Star in Jazz” in DownBeat magazine’s critic’s and reader’s polls for six years running, his unmistakable sound crosses stylistic boundaries and challenges traditional notions of jazz. Adam maintains a humble and humorous approach that connects him with his audiences worldwide.

Adam is a founding member of Kneebody, an electric quintet widely recognized as one of the most unique ensembles in jazz today. Kneebody’s debut recording as Concord Records recording artists, titled The Line, is set for release in September 2013. Kneebody’s 2009 Grammy-nominated release, 12 Songs of Charles Ives, is a radical reinvention of the songs of Charles Ives in collaboration with singer Theo Bleckmann (Winter and Winter, 2009). You Can Have Your Moment(Winter and Winter, 2010) is the fourth full-length album from the “spontaneous and exciting” (DownBeat) “freakishly talented quintet” (All About Jazz).

Hans began playing professionally over thirty years ago in Buffalo, NY. In 1980, Hans moved to the San Francisco Bay area gaining experience playing with top Bay Area musicians, including Mark Levine and Pete Escovedo. Since moving to the Reno area in 1985, Hans has been an active performer and composer with a variety of creative groups, including the Afro-Cuban jazz group No Comprende, The Ed Corey Trio (CD-Modal Citizen), and the University of Nevada, Reno’s jazz faculty, The Collective, (CD's- North, Boats, Balance, Once and Again). He also performs with the Reno Philharmonic and the Reno Jazz Orchestra.

Since moving to the Reno-Tahoe area in 1996, Heglund has performed with jazz artists Lee Konitz, Cedar Walton, Bobby Hutcherson, Bud Shank, Ravi Coltrane, Robin Eubanks, and Fred Hersch.  He also performs with the UNR faculty quintet The Collective, The Reno Jazz Orchestra, and the Ed Corey Trio.  Heglund has played on four CD's with the Collective (North, Boats, Balance, Once and Again)and one CD with the Ed Corey Trio (Modal Citizen). He also performs with the Reno Philharmonic Orchestra and the Discover Music Percussion Ensemble.  Recently, Heglund was percussion soloist with the University Wind Ensemble for their performance of Joseph Schwantner's Concerto for Percussion and Orchestra. Dr. Heglund is an active clinician/adjudicator in the Northern Nevada and Northern California areas and organizes the annual Northern Nevada Day of Percussion.

Saxophonist Peter Epstein is Director of Jazz Studies at UNR. He began his career in 1984 in Portland, Oregon where he apprenticed with resident musicians like Nancy King and Glen Moore. After four years of studying jazz and various world music genres at California Institute of the Arts he moved to New York City in 1992. Since then he has appeared on over 30 recordings and has toured in more than 20 countries with artists including: Bobby Previte, Brad Shepik, Ralph Alessi, Michael Cain, Miroslav Tadic, Medeski, Martin, & Wood, Mike Stern, Steve Coleman, Jim Black, Ravi Coltrane, Uri Caine, Kadri Golpalnath, and many others. As a leader, Peter has released four albums for MA Recordings, including Old School, featuring Peter Erskine on drums and Scott Colley on Bass and Boats, a release from resident faculty ensemble, The Collective. Peter received a BFA in Jazz Performance from Cal Arts in 1992 and a Master of Music from UNR in 2004. 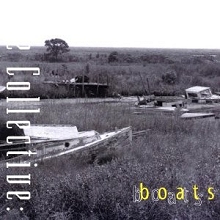 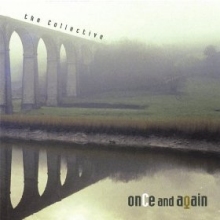 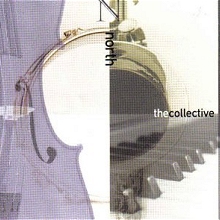